Nezamiyeh Boutique Hotel is located in the heart of Tehran, in Baharestan District which is known as Nations’ house due to hosting Parliament building from 1906 till 1979.
This whole district was surrounded by two vast gardens and Nezamiyeh garden was one of them. The chancellor of Naser al-Din Shah known as Mirza Agha Khan Nouri built this garden for his son, Mirza Kazem Khan Nizam al-Mulk, and this garden was named after him. The garden was a collection of buildings among trees and streams of cold water running through all the places at Nezamiyeh Boutique Hotel.
About 90 Years ago this large garden was divided into more than 200 pieces of land and one of them was purchased by Kazem Khan Fattahi Noori, who was chief of protocol in the German embassy for almost 50 years. Kazem Khan was living here with his wife and beloved daughter Alam Taaj, leaving so many memories inside every single brick of the house. Since March 2017 this building was delivered to the private-sector operator, Man Malek Tejarat, for restoration to turn it into a boutique hotel called Nezamiyeh Boutique Hotel.

All the rooms in Nezamiyeh Hotel are equipped with a world-class standard and designed with a very modern concept combined with Iranian taste to provide a very caring, peaceful and relaxing atmosphere for guests to experience a very unique stay in an almost a century-old building with a stunning elegant Pahlavi-Qajar Architecture.
Book A Room

Simple and Easy VIP/CIP Transfer booking! We will take care of transportation to/from the airport to Nezamiyeh Boutique Hotel, Tehran.

Our aspiration is to fill this existing emotional gap and create a completely unique experience.

We accept all major credit/debit cards. (Visa, Mastercard, and AMEX)

At Nezamiyeh Boutique Hotel, we know how important the internet is. We use it all the time for work, fun, and convenience.

When you've not packed enough apparel to last for the duration of your stay, you can always take advantage of the Nezamiyeh Boutique Hotel laundry...

We always welcome you to Nezamiyeh Boutique Hotel, 24 hours a day, 7 days a week. 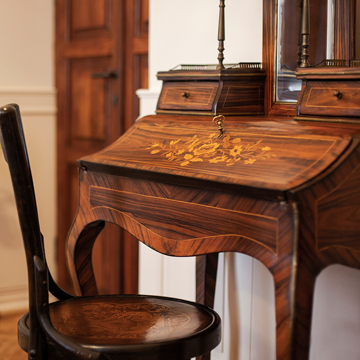 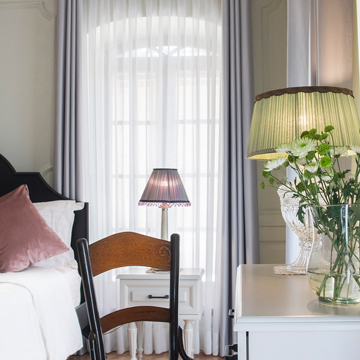 Need A Visa For Iran?

Apply for your Iran tourist visa safe, fast and convenient - Before traveling to Tehran, Iran.

PLACES TO VISIT IN TEHRAN

Tehran Milad Tower became a new symbol of Tehran right after its construction. It is a multipurpose building, proudly standing on the north of Tehran...

A trip to Tehran is impossible to imagine without visiting the oldest historical monument of the city, the breathtaking and glorious Golestan Palace.

Sa’dabad Complex is a majestic museum on the north of Tehran, the prominent heritage of the Qajar Era. Built in 19th century, the complex consists...

Tabiat Bridge connects Ab-o Atash Park and Taleqani Forest Park, passing over Modares Highway. The bridge is considered as one of the most prominent...

Tehran Grand Bazaar is the oldest and the greatest bazaar in Tehran. Its architecture is representative of traditional Iran. There are too many...

Located in one of the high-class neighborhoods of Tehran, Niavaran Palace Complex is a building that once belonged to the royal family of Qajar. This...

Story Behind Creation of the Concept

“Iran with its remarkably diverse climate, rich and long history, young social structure and inherited companionship and hospitality can be named as one of the most suitable countries all around the world to develop the tourism industry.”

Join US and Stay with our Family

“We as Nezamiyeh Family are a group of young enthusiasts people, well educated in tourism and hospitality, working together in a professional; We believe that food and hospitality brands still have not succeeded in creating an in-depth and desirable relationship with their audience in Iran.”

How to get to the Hotel

“No matter what time you arrive in Tehran, Through the Imam Khomeini International Airport or other terminals, we will be there at your service to help you find us easily. Whether you need an airport transfer or you ask for our family members to pick you up. We are just one call away.”

Tel: +98 21 88106700 Address: 5th Dead end, Esalat Alley, Nezamiyeh Street, Baharestan Square, Tehran, Iran Email: [email protected]
Thanks, We will look over your message and get back to you.